Inertia Of The Risen 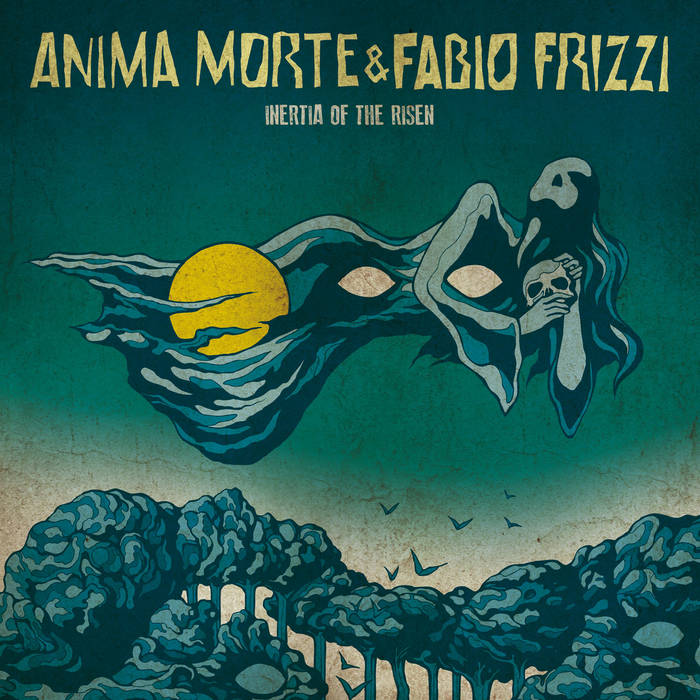 Giallo Music is proud to announce its second release: ANIMA MORTE & FABIO FRIZZI “Inertia Of The Risen”. A special song collaboration to be release as a one sided collectors edition 7” EP with an engraving on the flipside and artwork by Costin Chioreanu. Included is also a postcard and a sticker.

ANIMA MORTE is a Swedish cinematic instrumental horror group established in 2004. Their music is progressive rock / horror soundtrack / instrumental, continuing the legacy of bands and artists like Goblin, Fabio Frizzi, Bruno Nicolai, Stelvio Cipriani, Rick Wakeman, Ennio Morricone and the likes. With three full albums, two 7" EPs, a split 12” LP w/ Polish Antigama and contributions to various compilations “Inertia Of The Risen” is another outstanding release in the band's discography.

Fabio Frizzi is one of the most famous Italian musicians and composers known for his film scores for classics such as City Of The Living Dead, The Beyond, Manhattan Baby, The Psychic and the likes.

"I believe that music is the strongest tool for sharing experiences and emotions, to break down boundaries and prejudices in our wonderful and strange world. Making music together with others, in my opinion, is an incredible experience. The members of the group Anima Morte are good musicians, nice guys that the network has helped me to meet. And their proposal to jointly write a song I met with enthusiasm.

Everyone has put his own, I got the support, for the recording of the "Roman" tracks, of some of my most trusted musicians, members of the Frizzi 2 Fulci band. In short, my old and late friend, Lucio Fulci, has indirectly begun to create this collaboration. And this friendship."

This is what the ANIMA MORTE members says about this special release:

“The very idea of Anima Morte would probably not been conceived at all, had it not been for the legendary movies of director Lucio Fulci and the masterful and iconic scores of Fabio Frizzi. The classic trilogy of Zombie, City of the Living and The Beyond was a great influence on our younger selves and served as an entry point for us when we were trying to recreate what we felt was the lost atmosphere from an era of horror movies we loved. Fabio Frizzi did not only create ominous atmospheres but also melancholic and beautiful themes that stick to your mind long after the movie finished.

An idea formed when we were writing songs for our third album ‘Upon Darkened Stains’ that we should reach out to Mr. Frizzi to see if he would like to be a guest on the album. After some discussions we went instead with the idea to write a new and unique song.

It was a great experience composing this work together with Fabio and it took several recording sessions in different parts of Europe before it was finally finished and mixed in Rome last year. Now we can finally uncover Inertia Of The Risen. A title inspired by our favourite undead creatures!

We want to thank Maestro Frizzi, the F2F guys, Daniele De Gemini and everyone involved in this journey for making it happen. For us it is a dream come true and in a way a tribute to the memory of the man bringing us together through his movies, Lucio Fulci."

Bandcamp Daily  your guide to the world of Bandcamp

Interviews With Butcher Brown and Slauson Malone, plus LP of the week by SAULT.